We are officially halfway there! Woot! Somedays this pregnancy seems to be flying by. Other days, another 20 weeks seems like a lifetime away. But I know February is going to be here before we know it! The bump has now made it’s full appearance and there’s no hiding it. It’s nice to actually look pregnant now, even if that comes with all sorts of comments from people. “Look at your belly!” “Looking pregnant!” “Oh my gosh, you have a bump!”  Thank you?? Haha I never know what to say, but I’m grateful this little guy keeps growing. Even if it’s doing a number on my back. As of right now, I’ve traded any nausea for non-stop hunger. I find myself getting seconds and thirds of everything and still not feeling 100% full — but hey, I’ll take it! If it’s food, I want it. And I’ll have your leftovers, thanks. Getting dressed is becoming a challenge. Nothing fits quite like it used to, and I’m not the biggest fan of jeans at the moment. I need to bite the bullet and get some maternity ones! My jeans don’t stay up and my shirts are all turning into crop tops. Soooooo I think it’s time to go shopping. I also keep having the oddest most vivid dreams, but no matter what’s happening in the dream, I’m either pregnant or holding a baby!

Today we went in for our 20 week ultrasound. Just like the first one, my heart was pounding so hard as we sat in the waiting room. There’s just so many past emotions that come up being at the doctor and my anxiety increases ten fold. But after a long and in depth scan, so far everything looks perfect. Little Baby Z is already making us proud parents. It was the craziest thing to see him wiggling around on the screen! He WAS so active and looked like a little frog trying to hop around. The ultrasound tech kept getting after him for moving around so much haha. Looks like we’ve got an active one on our hands! I loved seeing his little face, especially his baby nose and lips. I’m also starting to feel him wiggling around more frequently and every day the movements get stronger and stronger. It’s oddly magical. The best was the other night when Juan was able to feel him move for the first time! Seriously, there is nothing better! All we talk about is what it’s going to be like as the THREE of us. Will he think we’re cool? Will he look like me? Will he look like Juan? How are we going to teach him Spanish? How are we going to keep him alive? Ahhh!! We’re obviously terrified, but so. freaking. excited. 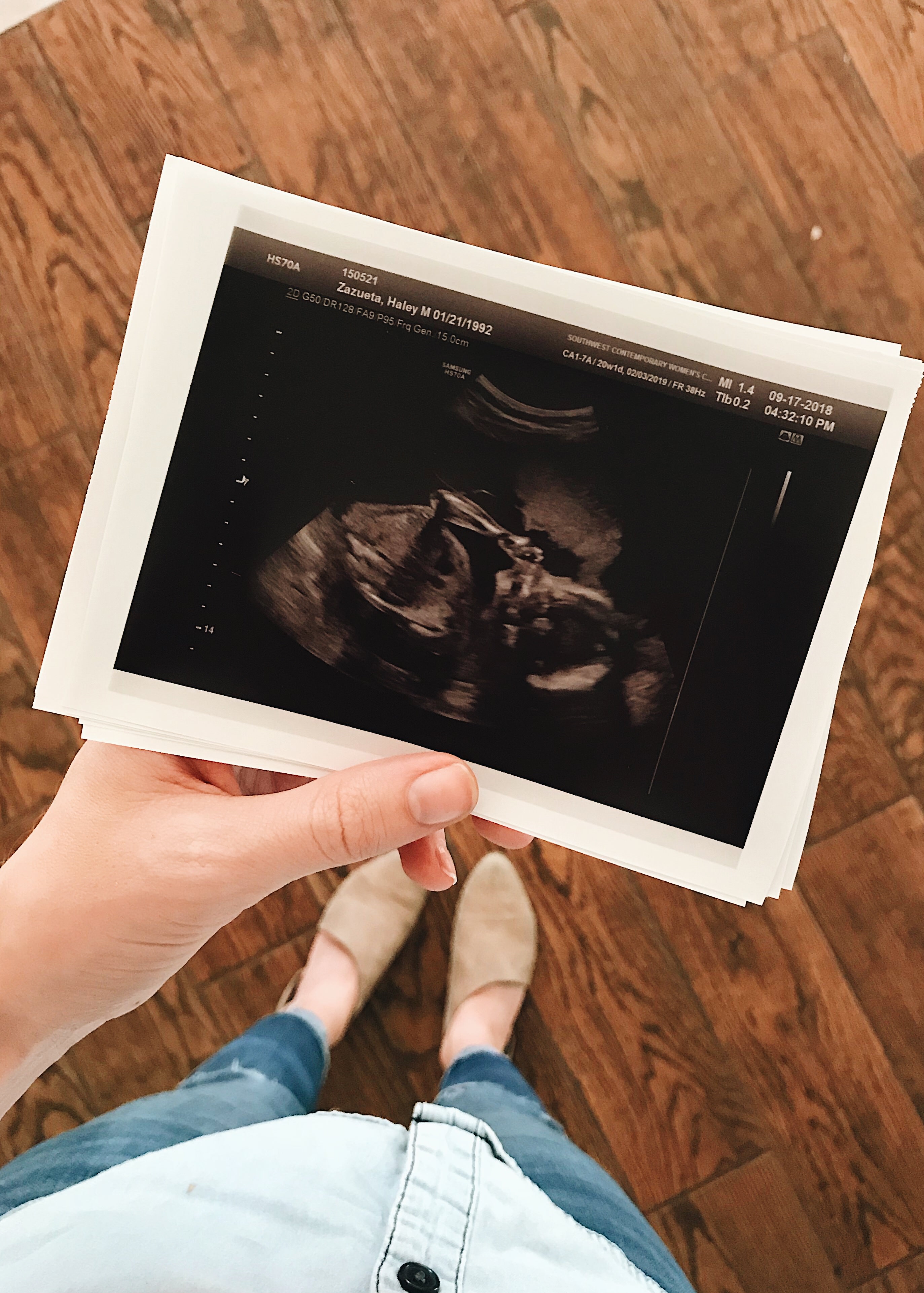